Butch is a Bengal tiger who made various appearances on Sesame Street. He was the first Muppet designed and built by Ed Christie, and originally appeared as a saber-toothed tiger (performed by Brian Muehl) in the "Toothbrush" sketch of the Caveman Days series. The puppet was also used on The Muppet Show, starting in season 4. 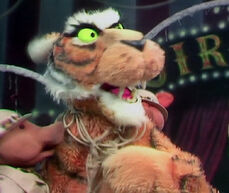 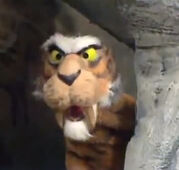