C-3PO and R2-D2 are robot characters from the Star Wars franchise. They have appeared in several films and spin-offs including television, theme park attractions, concept albums, and commercials.

Anthony Daniels played C-3PO in both the movies and all Muppet appearances. For R2-D2, although Kenny Baker originated the role in the movies, a "three legged" R2 robot was used for his Muppet appearances, operated by radio control. On The Muppet Show, R2 was credited as being played by "Himself." 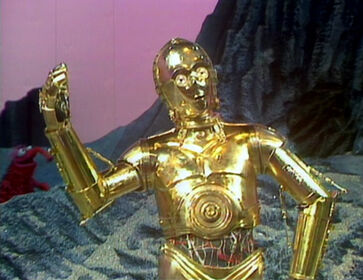 C-3PO on the planet Koozebane, on The Muppet Show 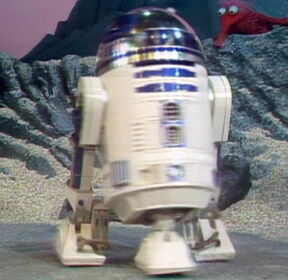 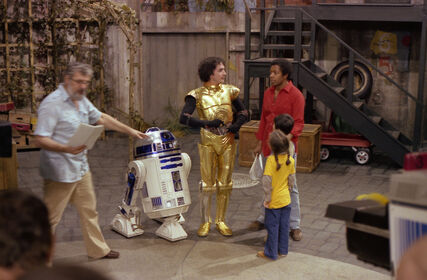 With Jon Stone and Northern Calloway... 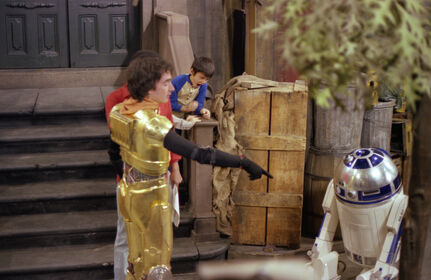 ...on the set of Sesame Street 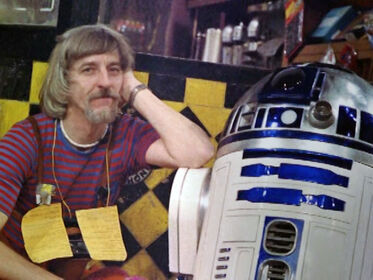 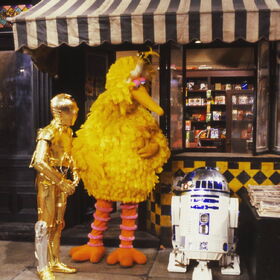 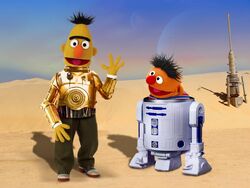