C.O.V.N.E.T is the top secret national security facility seen in Muppets from Space.

C.O.V.N.E.T's mission is to investigate the threat of extraterrestrial attack. The facility is "cleverly disguised as a cement factory."

Rentro and K. Edgar Singer are agents of C.O.V.N.E.T. General Luft is shown to be associated with the facility and visits often to see what kind of evidence of extraterrestrial life they have found.

It is currently unknown what C.O.V.N.E.T. stands for.

The exterior used for C.O.V.N.E.T. is really the exterior of the Screen Gems Studio in Wilmington, NC, where Muppets from Space and The Adventures of Elmo in Grouchland were filmed. It was previously the Ideal Cement Factory. 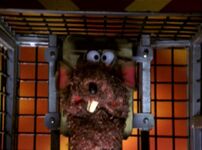 Rizzo goes through a stress test 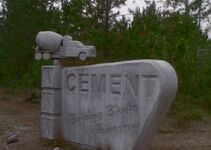 "cleverly disguised as a cement factory" 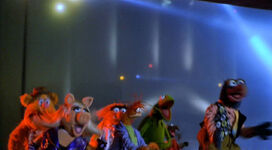 Gonzo and his rescuers escaping from C.O.V.N.E.T.
Add a photo to this gallery
Retrieved from "https://muppet.fandom.com/wiki/C.O.V.N.E.T.?oldid=1254647"
Community content is available under CC-BY-SA unless otherwise noted.