CBS (Columbia Broadcasting System) is a US television network. The Muppet Show pitch reel was produced to sell the show to CBS, and featured frequent mention of the network, as well as showing its logo at the end of the pitch tape. Eventually, The Muppet Show was picked up as a production taped in association with the CBS owned television stations, and sold in syndication for broadcast on CBS affiliates.

Original news programs produced by the network that have featured Henson/Muppet appearances include CBS Sunday Morning and CBS This Morning.

The Great Muppet Caper and The Muppets Take Manhattan have both aired as part of The CBS Saturday Night Movie during the 1980s. 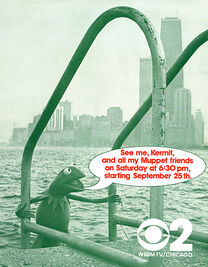 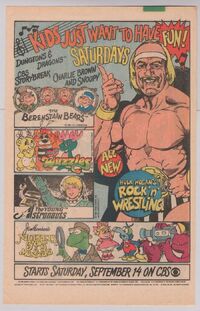 Wikipedia has an article related to:
CBS
Retrieved from "https://muppet.fandom.com/wiki/CBS?oldid=1283927"
Community content is available under CC-BY-SA unless otherwise noted.