Versions of the song

The original version of the song featured Cookie Monster standing behind a giant letter C, with a black background that eventually lightened to reveal a chorus including Grover, Fenwick, Herry Monster, Oscar the Grouch, and Billy.

In a Season 21 insert (1990), Candice Bergen paid a visit to the Fix-It Shop to have her radio repaired. To test it out, she lip-synced to the song, complete with some visual aids. A brief instrumental from the song also appears as the sketch's ending music button. (First: Episode 2710)

In Season 25 (1994), a new operatic version was taped, featuring opera singer Marilyn Horne as Cleopatra and a chorus of Anything Muppets in an Egyptian setting, with a pyramid made entirely out of cookies in the background. At the end of the song once Cleopatra is carried away out of sight, Cookie Monster appears in Egyptian clothing and pulls a cookie off the pyramid, causing it to collapse with a huge crash. This version includes a brief introductory verse (titled "All the Sky Has Turned Gray"), written by Luis Santeiro and Dave Conner.[1] (First: Episode 3189)

In Season 30 (1998), another new version was filmed, once again sung by Cookie Monster (re-using the original soundtrack), but this time standing in front of the giant C on a light blue background with fancy light effects. The chorus of monsters included Grover, Herry Monster, Elmo, Zoe, Telly, Rosita, and several AM Monsters (including Kermit the Forg and Max). (First: Episode 3804)

A "mash-up" of the different performances is included on the DVD, C is for Cookie Monster. Similarly, a clip montage in Stars and Street Forever features clips from the original, Marilyn Horne's version, and the segment with Candice Bergen mixed together. 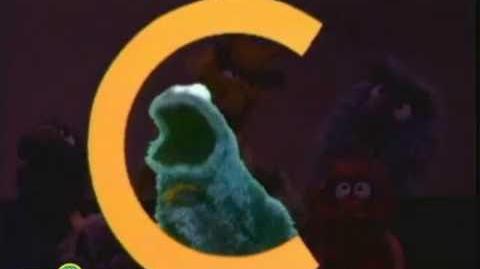 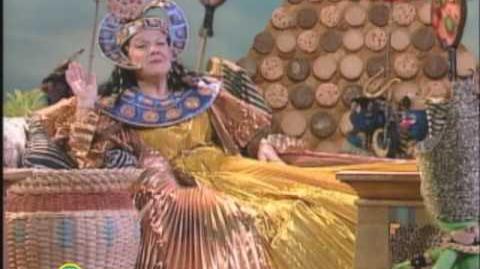 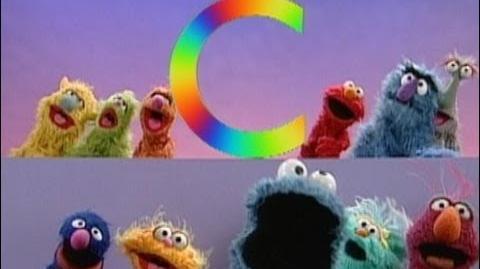 Clips from the original version of this song appeared in The Muppets: A Celebration of 30 Years, The Muppets Celebrate Jim Henson, the Great Performances documentary The World of Jim Henson and Stars and Street Forever.

A brief clip from the opera version also appeared in Stars and Street Forever and the full clip appeared in Sesame Street Jam: A Musical Celebration and The Street We Live On.

Cookie Monster sang a verse of the song in Elmopalooza as part of a medley of Sesame Street songs.

The origin of the song is touched upon in the 2016 special Once Upon a Sesame Street Christmas. In a 19th century version of Sesame Street (as shown in a bedtime story for Elmo), Santa Claus tells Cookie Monster's great-grandmonster that he's been writing a song, "C is for...," and needs a hook. He and Cookie think for a bit and Cookie remarks, "Well, c is for cookie and that good enough for me." Santa passes on that idea, however. The tune is briefly quoted in the score as Santa Claus later gobbles down some cookies in Cookie Monster-fashion.

The song has also been used and referenced in various episodes and inserts on Sesame Street.