"Calendar Song" is an original song featured in the 1982 special, The Fantastic Miss Piggy Show.

Miss Piggy stars in the musical tribute to the calendar, portraying each darling of the month with the appropriate costumes as her back-up singers provide lead vocals. However, once the song reaches the fall, the tempo picks up and Piggy finds it difficult to keep up with all her costume changes. By the final verse, she rushes out for her solo line, disheveled and declaring the whole number stupid.

George Hamilton appears as Piggy's beau in February and August, while John Ritter plays a farmer during September-October.

Steve Whitmire also appears as one of the background singers. 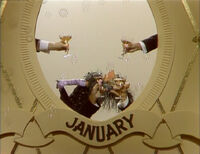 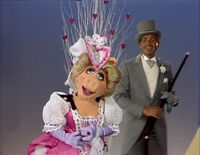 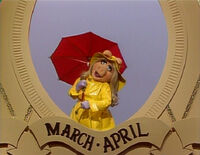 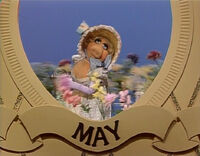 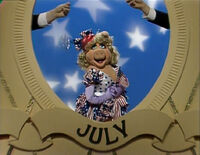 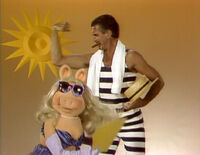 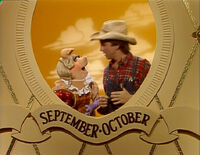 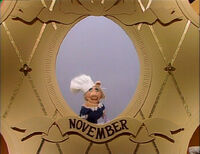 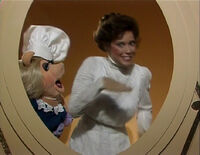 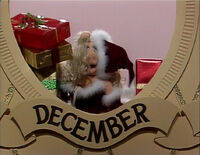 Add a photo to this gallery
Retrieved from "https://muppet.fandom.com/wiki/Calendar_Song?oldid=1081973"
Community content is available under CC-BY-SA unless otherwise noted.