Grover is a counselor at Camp Wannagohoma, but his frequent lack of nature knowledge results in his campers correcting him, leading one to wonder whether he has ever been to camp himself.

Although Camp Wannagohoma is not mentioned, Grover assumes an almost identical role in Sing-Along Earth Songs; he serves as a guardian to a group of children to whom he intends to instruct on things found in nature. Every object he points out to define is something obviously ridiculous, to which the kids always point out in unison, "No, it's not..." and then correct him. The camp counselor Grover format was used again in the "E-Mail" section of "Elmo's World: Frogs" and Episode 4934. 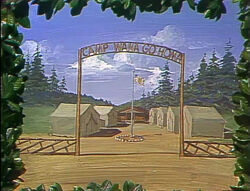 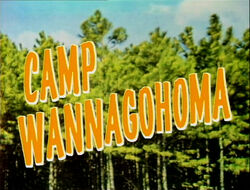