Joan Rivers: Can We Talk is a BBC late-night talk show hosted by comedian Joan Rivers that debuted on October 3, 1986.

Kermit the Frog and Jim Henson were guests on the premiere, along with Twiggy, Barry Manilow, and Dame Edna Everage. Peter Cook was Rivers' co-host

In her interview, Rivers questioned Kermit about his sex life. As the listing in the BBC's Radio Times put it, "Is Kermit the Frog a sexual animal?" 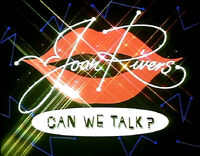 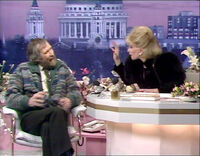 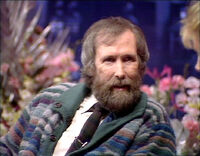 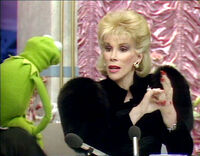 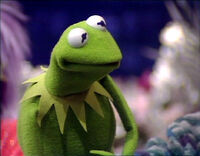 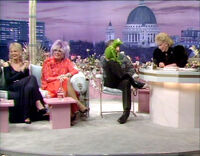 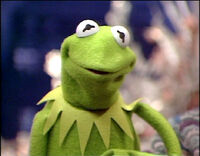 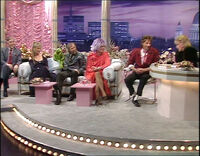 Behind the scenes photo of Barry Manilow & Henson.
Community content is available under CC-BY-SA unless otherwise noted.