Can You Tell Me How to Get to Sesame Street? is a hands-on museum exhibit at the Strong National Museum of Play in Rochester, New York, developed in conjunction with Sesame Workshop.

Artisans worked to recreate the buildings and sets from Sesame Street, which stand alongside the original Hooper's Store and Fix-It Shop storefronts (courtesy of the Smithsonian). The life-size building fronts are accompanied by several new structures including a cobblestone bridge, playground, and several activity centers.

Over the years, the space was showing signs of age, missing original elements.[2] The area underwent remodeling in 2019, including adding a timeline of the show's 50 years, Cookie Monster's Foodie Truck, and a "payphone" to call characters.[3] It was relaunched with an event celebrating the show's 50th anniversary.[4] It also added Sesame Street toys to its exhibit "America at Play", replacing Disney items.[5] 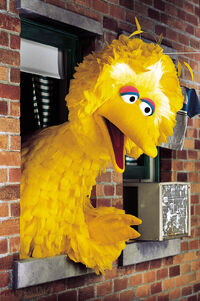 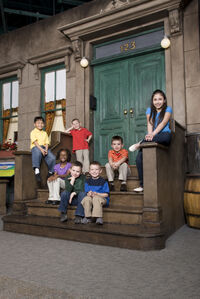 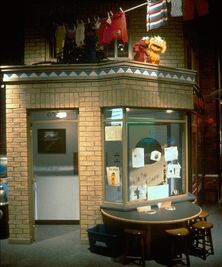 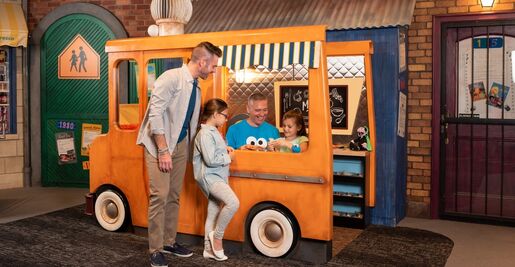 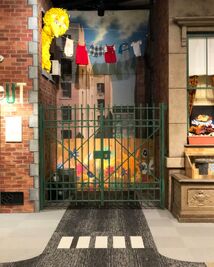 A remodeled part of the exhibit.[7] 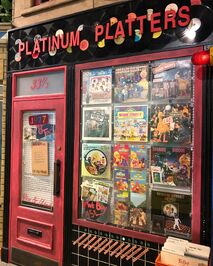 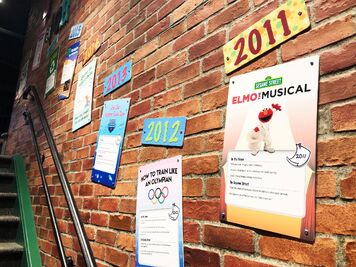 Retrieved from "https://muppet.fandom.com/wiki/Can_You_Tell_Me_How_to_Get_to_Sesame_Street%3F_(exhibit)?oldid=1311789"
Community content is available under CC-BY-SA unless otherwise noted.