Carol Channing (1921-2019) was an American singer and actress. She was the guest star in episode 423 of The Muppet Show.

She also appeared on Sesame Street in 1984, singing to Sammy the Snake (performed by Jim Henson). The song was "Hello, Sammy!" sung to the tune of "Hello, Dolly!", Channing's signature Broadway song. 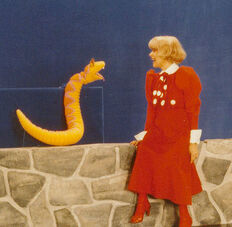 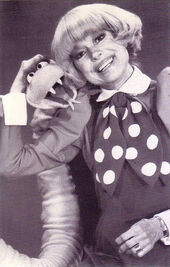 Wikipedia has an article related to:
Carol Channing
Community content is available under CC-BY-SA unless otherwise noted.
Advertisement