Back to Category
Edit 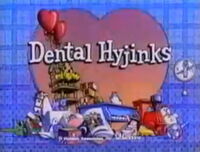 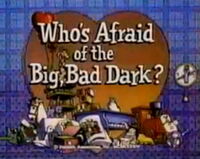 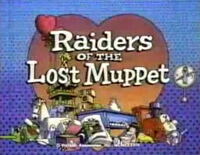 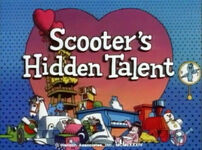 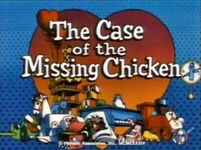 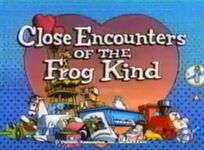 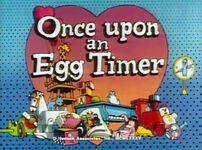 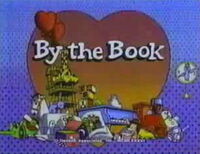 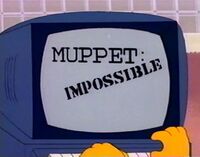 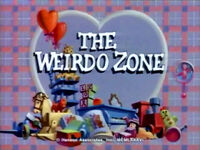 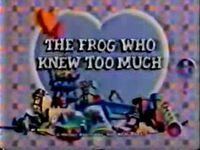 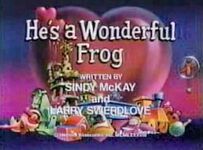 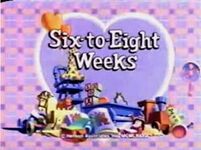 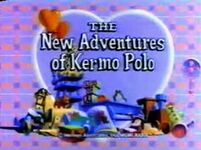 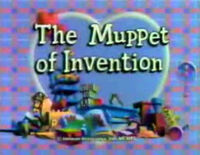 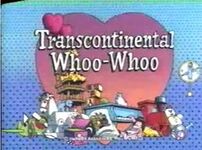 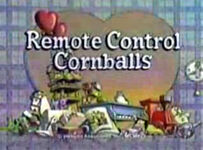 I have been checking the copywright dates on the title cards for each episode, and it seems that how we have the seasons divided isn't entirely accurate. It seems that everything is accurate up until season 6, which it turns out has less episodes than we thought it did. Also, it seems that there are actually 8 seasons, not 7 as we previosly thought. Anyway, here is how the seasons are divided up according to my research:

It makes perfect sense that "It's Only Pretendo" was the beginning of season 7, since a number of changes to the show began starting with that episode (The new commercial-break format, the new title card music, the old Rob Walsh music cues being dumped for the new ones by Hank Sorayon and Robert Irving ect.)FraggleFan 19:00, 1 July 2009 (UTC)

Nice work, Dane! Copyright dates are good, but not the best evidence for the exact divisions. However, confirming the actual run of the series itself, i.e. how long it lasted on air, should be doable in theory. Wikipedia claims 1984-1990, which in fact would be exactly six broadcast seasons; the earliest version of the page claimed 1984-1992, which would be eight and which tallies with Jeff Lenburg's The Encyclopedia of Animated Cartoons (which isn't always the best source itself but generally accurate on dates). Looking through the history, in [this edit], it was changed, no doubt because of what Wikipedia has. Through Google books, I see Total Television by Alex McNeil (a solid reliable source, but my home copy is an out of date 1990 edition) states it last aired on CBS on September 5. 1992. It's known that later on it went into reruns on Fox but there's no source for there being any CBS reruns; it's also mildly possible, since the Fox package aired in 1991, that they did add some new episodes, but it seems to me that it does offer good support for their being eight seasons. Right now, it's rather difficult to be entirely certain, but your estimates are a mucha better fit than User:BeakerFreak's inexplicable moves (and it's clear exactly why and how you reached the conclusion, not just random). However, we still need a little more data before we do any massive reworking again, and new title card music etc. doesn't necessesarily mean a season change, though it could. Basically, the situation at present is this: We're pretty sure our list isn't perfectly accurate, but we need to be certain before we mess around again. Good work on checking the dates, though! That is the best evidence, assuming new episodes weren't produced midseason, combined with the CBS running times. It gives us some solid leads which can probably be verified, but it seems prudent to postpone another round of page moves until we can do just that. I just added a talkbox to bring some attention to your finds. -- Andrew Leal (talk) 21:18, 1 July 2009 (UTC)

I've been meaning to post this, but Dane's list looks close to what Henson has on file. The number in the right-hand column is Marvel's production number, while the number on the left is Henson's order number. —Scott (talk) 21:34, 1 July 2009 (UTC)

Aha! That's final confirmation, then (but I'm glad you had the list, Scott, since it shows the problem of relying solely on copyright date). In that case, it definitely looks like we can do a renumbering without fear of having to do so again later on (and if anybody does any random moves, we'll spot and fix them right away). Once again, the wonders of Wiki in action. Yay. -- Andrew Leal (talk) 22:06, 1 July 2009 (UTC)

Yeah, we wouldn't monkey with our established numbering system, just fix the incorrect order (which seems like it would just be from certain season six episodes onward). -- Andrew Leal (talk) 22:39, 1 July 2009 (UTC)

I was going to reorder these, but I'm confused. Are we simply resetting the season number based on the henson production list and ignoring the airdate groupings? The earliest difference is actually season 3/4. The break in airdate is definitely between Episode 316: Back to the Nursery and Episode 401: Muppetland; according to this list the production season break is between Episode 405: Journey to the Center of the Nursery and Episode 406: This Little Piggy Went to Hollywood which aired one week after the other. Similarly, this list has Episode 513: Bug-Busting Babies grouped into production season 6, even though it aired with the rest of season 5, nine months before the next season 6 episode.
If we're ignoring the airdate groupings for the season numbers, do we also want to ignore the airdates as an internal order within each season and go entirely with production order? -- Wendy (talk) 00:52, 28 July 2009 (UTC)

After looking at the Henson.com listing of the episodes, I summed up the numbers for each episode according to the original article titles and from the numbers on Henson.com; even I don't know what source Beakerfreak was using (he probably did leave Muppet Wiki anyhow). I agree with the original numbers Muppet Wiki had before the moves. I also noticed a duplicate listing for Episode 708 - "At the Movies" was originally Episode 707 before Beakerfreak moved it. And to sum all this up, I'm pretty sure that the pre-moved titles were more correct. Does anyone have any concerns before I move them back to their titles? Matt H. (talk) 23:12, 16 March 2009 (UTC)

I'd also like to tell how I summed it up (matching with Henson.com):

Yeah, we blocked User:Beakerfreak93 for being nonresponsive and otherwise counterproductive. So any attempts to clean up the mess would indeed be appreciated (as would a cut and paste or Archive.org link to the Henson list if you can, as Danny mentioned). Thanks for tackling this! -- Andrew Leal (talk) 00:50, 17 March 2009 (UTC)

Brad opened up this topc for discussion a year and a half ago, but there was no talk tag so I don't think it got any attention. Beakerfreak93's been moving the numbering for some episodes, so it's a good time to talk about it. I don't remember where we got the initial list of episodes from, but my guess would be TV.com which was probably TVTome.com back then. As we've discovered over the years, many of the episode titles we were using have been wrong as proven by title cards mostly provided thankfully to a healthy supply of episodes on YouTube. So it's very likely that we still have errors abound with titles and numbers. I don't know what Beakerfreak93's source is, but the most authoritative source I can find is the episode listing on Henson.com which apparently includes the correct order, but no split for seasons. I tried putting them in a table and figuring it out, but our category shows that each season had a different number of episodes, so there's no science there. I'd go by the airdates we have listed on the pages themselves, but there's no real reliable source there either. Anyone have any thoughts on how else we can track down the real airdates? That would seem to be the only way to figure out where the seasons begin and end. Unless there are discrepancies with production numbering which some sources favor over airdate and vice versa. Is there a good database available where we can look up TV Guide (or some other publication) for broadcast listings? —Scott (talk) 18:05, 20 July 2008 (UTC)

TV Guide wouldn't help much, since they never noted which episodes aired for Saturday morning stuff. However, one factor which may not have been taken into consideration (and one where TV Guide would certainly help) is the fact that from 1986 and for several seasons thereafter, it aired in an hour block, with one episode leading directly into the next (the "Go bye bye" becoming Gonzo or another character telling the viewers to stay tuned). So that affects the airedates. -- Andrew Leal (talk) 19:19, 20 July 2008 (UTC)

Here's an idea: why don't we re-number them according to the Henson.com list? It's not the way we do any other show on the wiki, but given the ambiguity with which we've treated the Muppet Babies episode numbers and seasons, it makes the most sense. There's really no definitive source for airdates and when a season started and how many episodes were produced for each versus in what season block they aired. We've taken all that stuff from lists that we've proven over and over again have been heavily flawed and have constantly contradicted each other. The Henson list is the only definitive source we've come across. —Scott (talk) 06:39, 23 July 2008 (UTC)

It's a possibility, but the first few seasons, at least, can definitely be pinned down. Seasons One and Two are accurate, but after that, one gets into issues. We really need more than YouTube excerpts, but with the *end credits*, with copyright notices and other specifics one can pin down what belonged to which season (the cast credits, for example, as was common for most animated series at the time save Disney, were only altered once per season and the same ones used for every show, even if the actors or characters weren't in that episode, as with additional voices; Season 7 added Baby Bean Bunny and Statler and Waldorf to the credits; the only portion of the end credits tailored to the episode was the space to note sources and copyright info for the film footage). Airdates, except for the first episode, I'd say dispense with entirely unless corroborated by a reliable source (not IMDb, TV.com, etc.), since they seem to have been arrived at based on guesswork. It is a mess, and BeakerFreak's changes made it worse (resulting in duplicates, double redirects, and so on), but I'd rather take the time to at least see which seasons/episodes can be verified and which have the most issues before starting all over from scratch. Plus, Scott, if you still have contact with Karen Falk or someone, it should be possible to check, since I'm sure there's documentation beyond what they chose to put up on the website. Henson.com seems to have treated the animated/Saturday morning shows differently; their Dog City guide likewise just lists the episode title, with no season breakdowns (those were supplied by Nelvana's website, combined with end credit dates and so on). -- Andrew Leal (talk) 07:55, 23 July 2008 (UTC)

I started thinking, wouldn't it be great if for each episode we mention what happens in the ending "Go bye bye" sequences after the credits? We could list them in each episode page, depending on what we know or remember (there are only a few that I can specifically remember what episodes they are from). Or, if not in the episodes themselves, maybe there can be a seperate list page (perhaps in the Filmographies category) that lists them all, and what episodes they are from. It would probably belong in the filmographies category, as it would be weird to have a "Muppet Babies Sketches" page. But what do you all think? --Minor muppetz 01:14, 9 November 2006 (UTC)

I think just listing each sequence in the appropriate episode page would be enough, seeing as that's how the Muppet Show episode pages work (with listing Gonzo's bit at the end of the theme song). By the way, nice idea. Chunk 17:10, 9 November 2006 (UTC)