Starting in season 3 of Sesame Street, a series of sketches starred Ernie and other Muppets as cavemen making historic discoveries and inventions. These sketches featured Ernie as a caveman king, aided by Sherlock Hemlock as "The Royal Smart Person."

Starting in season 15, Ernie starred in a new series of caveman sketches, this time co-starring Bert and alternating with new titles - Caveman Days and Caveperson Days. These sketches contained a narrator who would help translate their utterings of "ooga-mooga-mooga" and such.

Some of the later sketches include an original music theme composed by Dave Conner,[1] whereas the "Caveman Days" segment begins with a timpani version of the "Sesame Street Theme." Jerry Nelson served as the narrator for all but two segments, which were narrated by Martin P. Robinson. 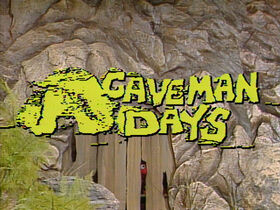 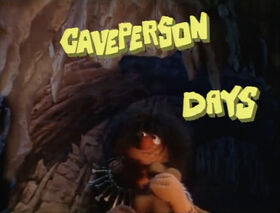