Cecille is a clay animated ball who was featured in several segments on Sesame Street. Consisting of a round mass of orange clay and a pair of expressive red lips, Cecille, following an elaborate introduction, would perform a vaguely Motown-esque song number built around a given theme, whirling round and changing shape to illustrate the lyrics. She would even split into her own backing chorus when needed.

Originally produced for season 22, the five segments, each running close to two minutes, were produced at Will Vinton Studios, best known for the California Raisins. The shorts remained in occasional rotation on Sesame Street through season 39.

The introduction, accompanied by Cecille's theme song (written and sung by Christopher Cerf), showcased Cecille's abilities. This was followed by an announcer's intro, "And now, ladies and gentlemen, Cecille!" The lyrics were included in Sesame Street Unpaved.

Rudy and Abby can be seen playing catch with her, in the end credits of Sesame Street's 50th Anniversary Celebration. 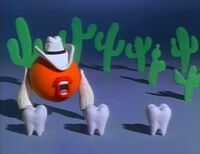 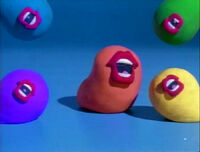 "I Want to Be Me"Director/Animator: Douglas Aberle 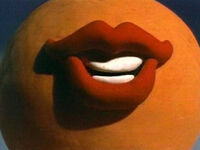 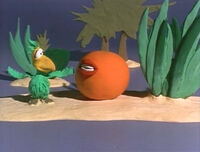 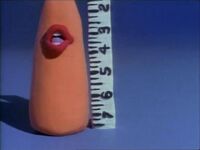 "Up Down, In Out, Over and Under"Director/Animator: Larry Bafia