Cher was a television variety series hosted by Cher in the wake of the popular Sonny and Cher Comedy Hour.

The November 16th episode was released on Time-Life's The Best of Cher DVD collection in 2020. 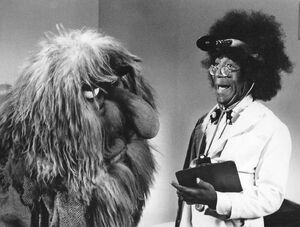 Retrieved from "https://muppet.fandom.com/wiki/Cher_(series)?oldid=1379547"
Community content is available under CC-BY-SA unless otherwise noted.