The Muppets visited the show in the Winter 1989 issue of Muppet Magazine.

Kermit the Frog and Miss Piggy introduced a performance by Cirque Du Soleil at the 84th Academy Awards in 2012. 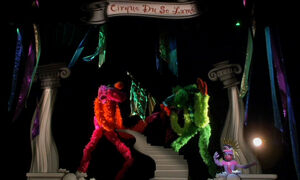 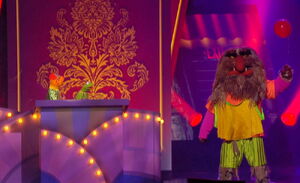 Kermit introduces "Du", in the Just for Laughs comedy gala

One of the two choreographers for the Sesame Street Live: Let's Party!, Melena Rounis, was a dancer for the Cirque du Soleil show Michael Jackson: The Immortal World Tour.

Wikipedia has an article related to:
Cirque du Soleil
Community content is available under CC-BY-SA unless otherwise noted.
Advertisement