Clark Gregg (b. 1962) is an American actor best known for playing Agent Phil Coulson in the Marvel Cinematic Universe, including Agents of SHIELD which airs on ABC. His other TV credits include appearances in The Young Indiana Jones Chronicles, Sex and the City, The West Wing, Will & Grace, and CSI: NY. In addition to the Marvel movies, his film credits include Clear and Present Danger, The Usual Suspects, Magnolia, Steven Spielberg's Artificial Intelligence, The Human Stain (with Nicole Kidman), and Joss Whedon's 2012 version of William Shakespeare's Much Ado About Nothing.

In August of 2015, Gregg met Kermit the Frog, Animal, and Pepe, and posted photos of himself with the Muppets on his social media accounts. 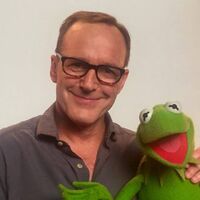 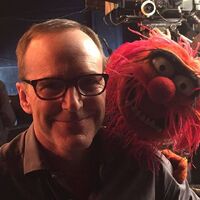 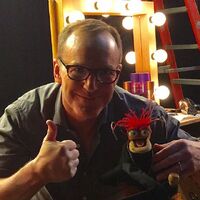 Wikipedia has an article related to:
Clark Gregg
Retrieved from "https://muppet.fandom.com/wiki/Clark_Gregg?oldid=1224719"
Community content is available under CC-BY-SA unless otherwise noted.