Cluckitis is a disease that struck The Muppet Theatre in episode 321 of The Muppet Show, in which it caused the whole cast (except for Gonzo) to sneeze and turn into chickens.

Although he didn't catch Cluckitis in the episode itself, Roger Miller had caught Cluckitis sometime before his guest appearance on the show, and explained that it wears off after a few days. 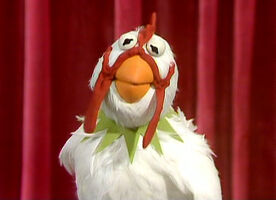 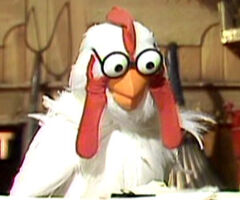 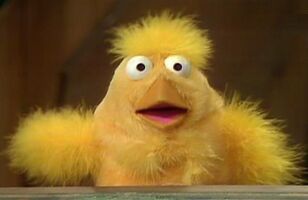 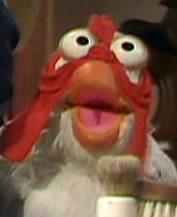 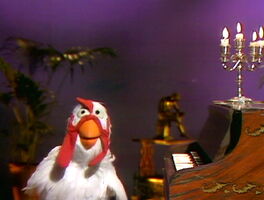 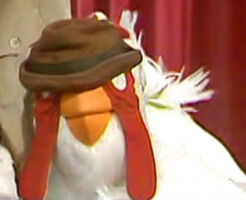 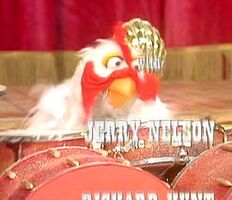 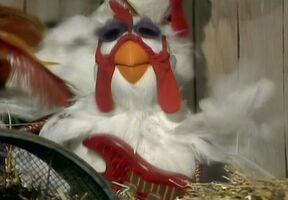 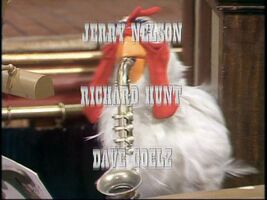 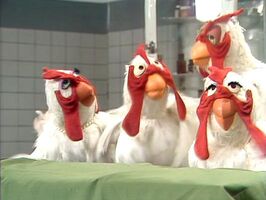 Miss Piggy, Rowlf the Dog, Janice and a patient 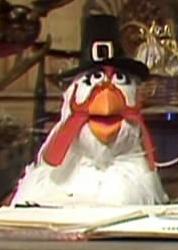 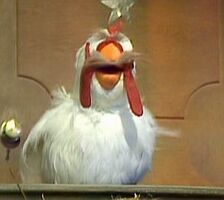 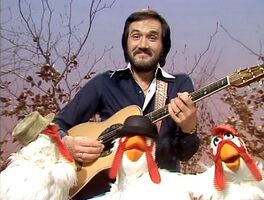 Whatnots
Add a photo to this gallery

Although not referred to as such, The Newsman slowly turned into a chicken over the course of several panels in the Fall 1984 issue of Muppet Magazine.

Disney Magic later caused Fozzie, Gonzo, and Pepe to turn into chickens at the 2009 D23 Expo in California. 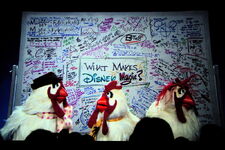 Fozzie, Gonzo and Pepe turned into chickens via "Disney Magic" 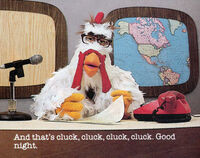 The Newsman in Muppet Magazine Fall 1984 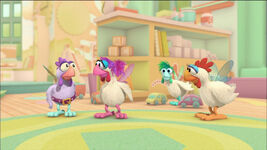 Abby Cadabby, Gonnigan, and Blögg turned into chickens by Mrs. Sparklenose's allergic reactions to some dust bunnies
Add a photo to this gallery

Retrieved from "https://muppet.fandom.com/wiki/Cluckitis?oldid=1082463"
Community content is available under CC-BY-SA unless otherwise noted.