Colonel Travel is a traveling gentleman who appeared in a series of animated segments on Sesame Street in season 22.

In each segment, the Colonel, from his study, consults his globe and travels to a different country to showcase its culture and landscape.

The segments were produced by Buzzco Associates, Inc. The character was originally voiced by Canadian actor Fran Dowie, but his dialogue was eventually re-recorded by Jim Thurman by the time the segments aired on the show.[1] 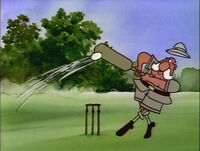 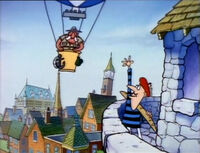 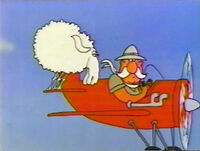 New Zealand
(First: Episode 2809)
Add a photo to this gallery

Retrieved from "https://muppet.fandom.com/wiki/Colonel_Travel?oldid=1278137"
Community content is available under CC-BY-SA unless otherwise noted.