Come 'n Race is a line of Sesame Street toy cars and playsets, made by Hasbro in 2012, under the Playskool label. "Come 'n Race" is the Toys R Us exclusive companion line to Hasbro's "Come 'n Play" line. The line follows the same style and scale as the figures available for Hasbro's Sesame Street Playsets.

The name of the toy line is taken from a line in the "Sesame Street Theme": "Come and play, everything's A-OK." The line was renamed and expanded in 2013, as Sesame Street Rails & Roads. 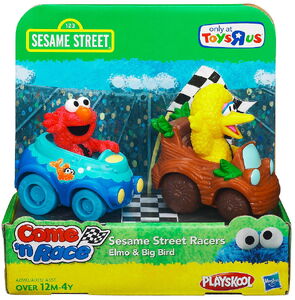 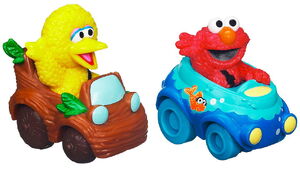 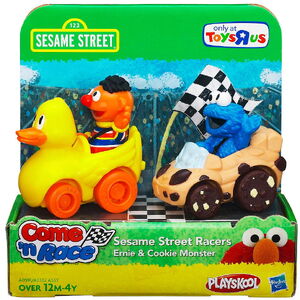 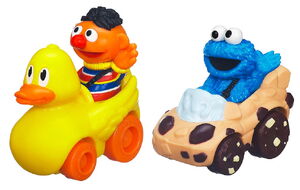 The Sesame Street Speedway playset has two ramps that cars can roll down for a high-speed race. The set has lights and sound clips, including the "Elmo Speedway Song". The sest comes with Ernie and Bert in toy race cars. 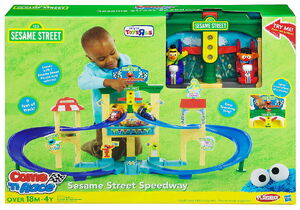 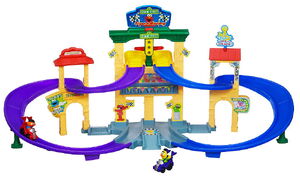 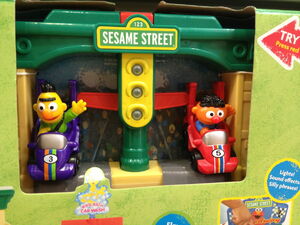 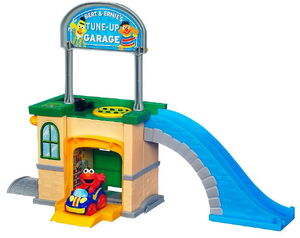 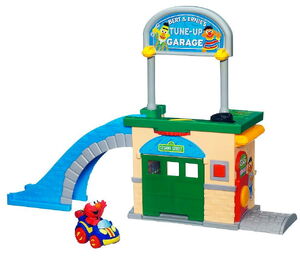 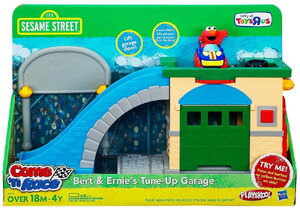 Retrieved from "https://muppet.fandom.com/wiki/Come_%27n_Race_toys?oldid=1070096"
Community content is available under CC-BY-SA unless otherwise noted.