Comic Relief is a British charity organization that was founded in response to famine in Ethiopia. It currently raises money for countries in Africa and for disadvantaged people of the UK.

Every two years, they hold "Red Nose Day", a star-studded telethon on BBC 1. The event is held in March with the television event starting in the evening and going through into the early hours of the morning.

The first Comic Relief event had taken place over three days at The Shaftbury Theatre in London on the 4, 5, and, 6 April 1986, and was broadcast on Omnibus.

A Night of Comic Relief 2

Dog (played by Brian Henson) from Jim Henson's The StoryTeller appeared in a live comedy bit during the telethon. The telethon concluded with Lenny Henry, Griff Rhys Jones, Jonathan Ross, and the dog tucking themselves into a giant bed to watch an hour's worth of The Young Ones and Monty Python's Flying Circus.

Each year, a single is released featuring celebrities to help raise money for Comic Relief.

In 1991, the single "Helping Hand" debuted. In the music video, many of England's famous puppet characters, including Spitting Image and Gophers!, appear together singing. Uncle Traveling Matt, Red Fraggle and Sprocket appear representing Fraggle Rock and Bean Bunny and another rabbit appear from The Tale of the Bunny Picnic. The music video aired during the 1991 telethon and later re-aired during the 1995 telethon. 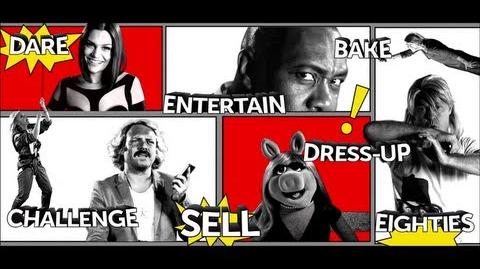 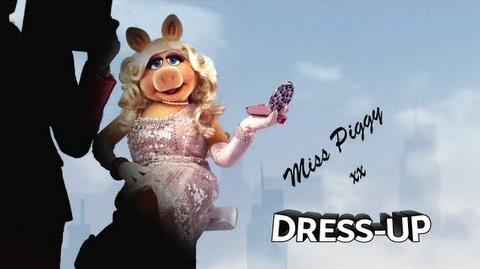 Miss Piggy on fundraising by dressing up - Red Nose Day 2013 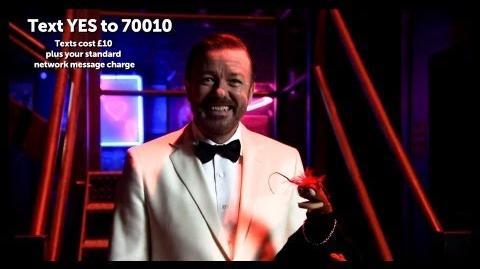 On May 21, 2015, NBC aired a live telecast of the inaugural "Red Nose Day" event in the United States. Kermit the Frog and Ed Sheeran were featured performing an acoustic duet of "Rainbow Connection."

In a video for Red Nose Day 2017, Stephen Hawking auditions celebrities to contribute a new voice for his voice synthesizer; among the hopefuls is Miss Piggy, who asks, "Can science be... SEXY?"

Wikipedia has an article related to:
Comic Relief
Retrieved from "https://muppet.fandom.com/wiki/Comic_Relief?oldid=1082529"
Community content is available under CC-BY-SA unless otherwise noted.