A Community Garden was introduced to the Sesame Street set in Season 30, located in the back of the arbor just next to 123 Sesame Street. One episode revealed the origin of the garden: The residents wished to have a quiet place on the street, such as a garden. They discovered the space behind a fence, finding a littered mess. Together, they cooperate and create the garden. It was typically the home of Stinky the Stinkweed. The garden area was expanded in Season 39.

In Season 46, the garden area was revamped and is now being maintained by Abby Cadabby, where she grows an assortment of magical plants. Originally, the area would feature more foliage and vines, but designer David Gallo decided against it.[1] Pieces of the building surrounding the garden were incorporated into the garden wall and the windows were painted to create a back wall. The garden is home to Abby's kooky and tricky garden gnome, Jerome the Garden Gnome. The area now also leads to a direct path behind 123 Sesame Street to Big Bird's nest. 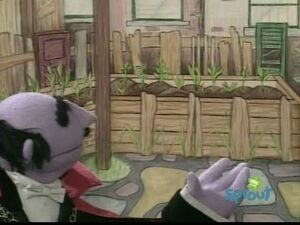 The Amazing Mumford's initial design of the garden in 1999. 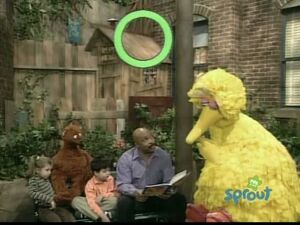 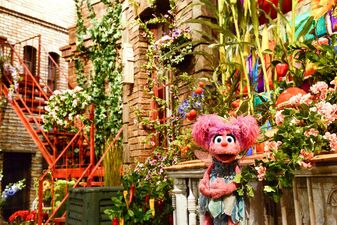 Abby in her remodeled garden 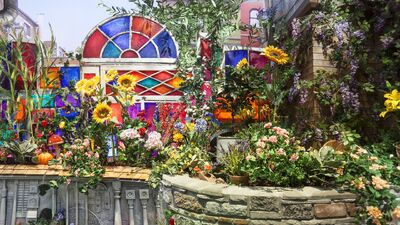 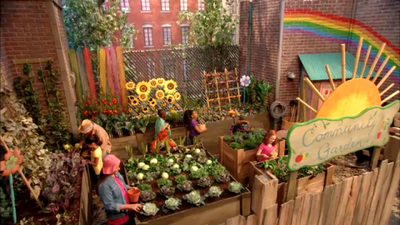 A "Community Garden" seen elsewhere in the city near the street in Growing Hope Against Hunger.
Add a photo to this gallery

Retrieved from "https://muppet.fandom.com/wiki/Community_Garden?oldid=1263428"
Community content is available under CC-BY-SA unless otherwise noted.