Conan the Barbarian is a fictional barbarian hero created by pulp writer Robert E. Howard. The musclebound warrior had a rich cultural life extending into Marvel Comics, various games and TV series, two films starring Arnold Schwarzenegger (Conan the Barbarian in 1982 and Conan the Destroyer in 1984) and a 3D reboot of the film franchise in 2011.

A stage show titled The Adventures of Conan: A Sword and Sorcery Spectacular ran at Universal Studios Hollywood from 1983 to 1992. In the Winter 1988 issue of Muppet Magazine, Miss Piggy tours the park and encounters the stage Conan. 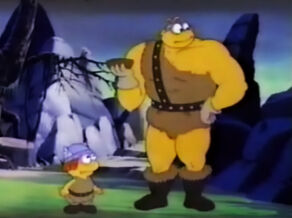 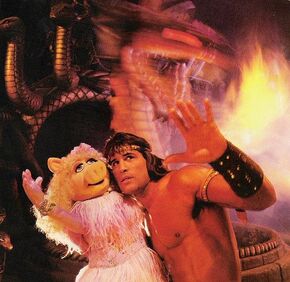 Piggy and Conan
Add a photo to this gallery