"Conga" is a hit song by the Miami Sound Machine, featuring Gloria Estefan, released on their 1985 album Primitive Love.

In Season 23 of Sesame Street, Estefan appeared in an insert performing the song. The scene starts out quiet, with the cast lounging around mundanely. Estefan shows up, singing the song and encouraging everyone to dance along (complete with a Muppet conga line). As the song fades out, she departs and the street returns to its previous state. 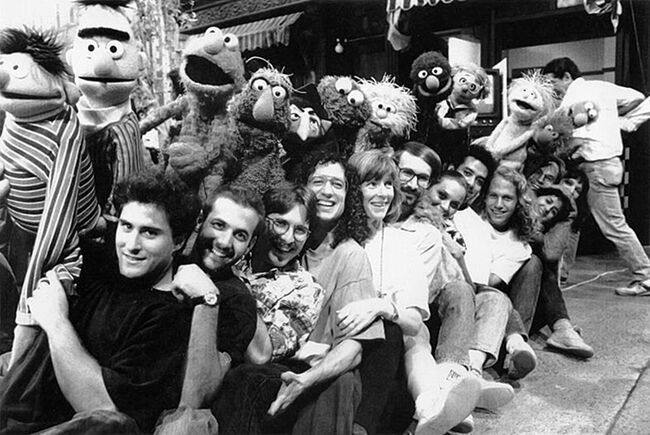 Retrieved from "https://muppet.fandom.com/wiki/Conga?oldid=1082554"
Community content is available under CC-BY-SA unless otherwise noted.