Each 5-minute segment is done in the style of a coming attractions trailer (with voice-over by Jonathan Cook), showing footage of Cookie in various film parodies where he uses executive functioning skills (such as patience, focusing and memorization) to solve problems.

The segment's opening parodies Universal Studios' logo sequence, while its fanfare parodies the Columbia Pictures fanfare. Seven segments debuted throughout season 44, with additional features debuting in the following season. The format's initial concept was a series of game shows involving Cookie and Prairie Dawn, until Joey Mazzarino came up with the idea of film spoofs.[1][2]

Beginning in 2015, the segments began being dubbed and aired internationally for such co-productions as Sesame Amigos, Sesamstrasse, Sésamo, and Iftah Ya Simsim.

A digital compilation, Cookie's Crumby Pictures: Volume 1, was released on iTunes in 2015.

To promote the segments, Sesame Street’s official social media accounts creates posters for the fictional films in the segments. 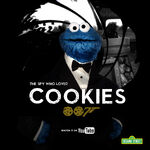 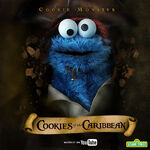 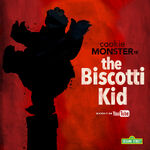 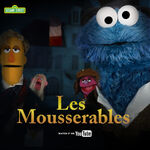 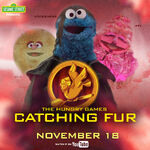 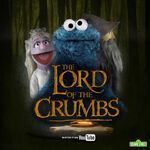 The Lord of the Crumbs 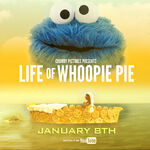 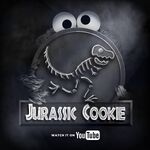