Cooper is an animated Muppet character who appears in Kinect Sesame Street TV. He acts as the host of the interactive episodes, prompting the player to find various objects throughout the episode. He also has the ability to change the shirt he wears depending on the color of the player's.

Lara MacLean assisted in performing the character's hands for the game.[1] The character was created through motion capture technology, using a puppet covered with motion sensors.[2] A secondary, more traditional-looking puppet was made as a reference model for the animation company.[1] 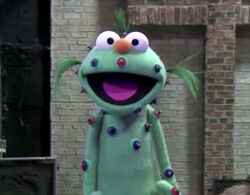 The motion-capture version of the puppet... 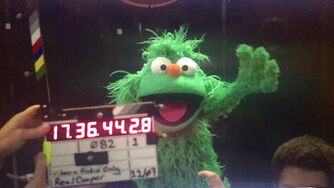 ...and the fur-covered version.