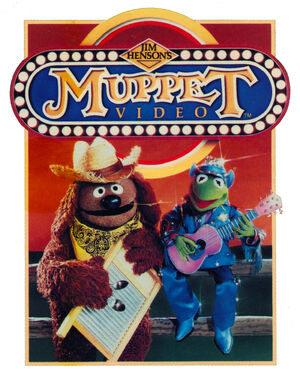 Country Music with the Muppets was released by Playhouse Video in 1985, as part of a series of compilations featuring songs and sketches from The Muppet Show.

It is hosted by Rowlf as a VJ at a fictitious country music video station, the name of which changes throughout the show. Rowlf is assisted by a chicken named Louise, who starts each clip. The show is hosted from a barn. Rowlf plays country music clips from The Muppet Show and takes requests from various barnyard animals who drop by, including Mutt, Baskerville the Hound, Lyle, and Rufus. Unlike other compilation videos, this one starts with the first clip before going to linking footage. 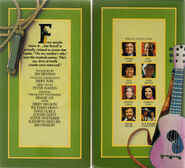 Playhouse Video USA, Gatefold Inside
Add a photo to this gallery
Retrieved from "https://muppet.fandom.com/wiki/Country_Music_with_the_Muppets?oldid=1242130"
Community content is available under CC-BY-SA unless otherwise noted.