Cröonchy Stars was the Swedish Chef's breakfast cereal, distributed by the Post Cereal Company in 1988 and discontinued a year later. The cereal box listed its ingredients on the side panel, as with most other food products, including a few exemptions: no trombones, no broccoli, no shoe trees and no wheelbarrows.[1] Some of the names considered for the product included Oople-Sauceys, Croonchy Poofs, Moopettes, and Stoopid Flakes.[2]

Among the various premiums and promotions offered during the production of the cereal were a Swedish Chef doll, Swedish Chef mug, a mini-flashlight, and a Crazy Recipes Card Game. 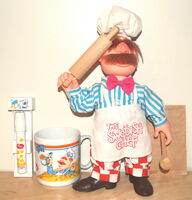 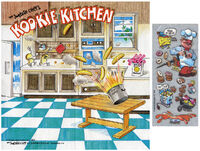 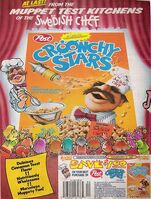 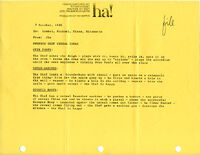 Some of Jim Henson's ideas for cereal commercials.
Add a photo to this gallery 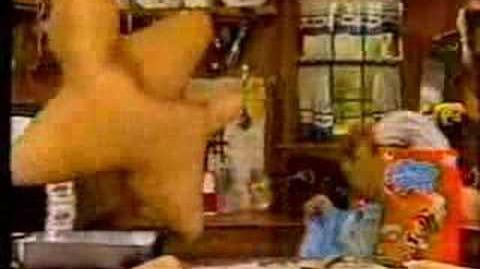 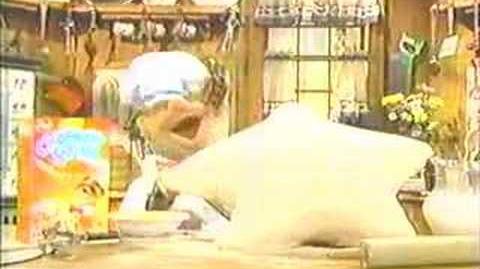 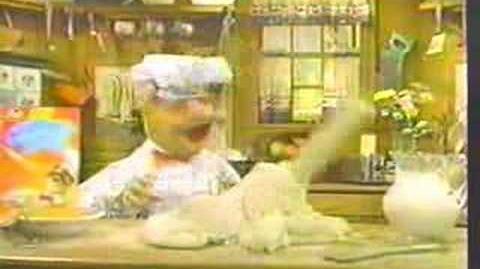 Swedish Chef Cereal Commercial
Add a photo to this gallery

Retrieved from "https://muppet.fandom.com/wiki/Cr%C3%B6onchy_Stars?oldid=1082832"
Community content is available under CC-BY-SA unless otherwise noted.