Crew of the Alpha Centauri

The Crew of the Alpha Centauri are a group of ethereal ghosts who appeared on The Muppet Show.

During a performance of "We Must Believe in Magic" in episode 402, the spirits float around Crystal Gayle as her companions to Alpha Centauri, the Sun's closest neighboring star. The spectres are shipmates on a vessel of the same name, constructed for seaworthiness, making its way through a dark, spatial realm.

The song's lyrics describe the wispy phantasms as "mad" and "out of [their] minds" for making the journey, identifying them as dreamers and poets and clowns. The physical appearance of the eight figures embody characteristics of common apparitions; lacking legs, but possessing near-corporal arms and heads.

Colored mostly in greens and blues, each of the ghosts have their defining visual attributes including typical gender traits with various styles of hair and beards. They all wear tattered clothing, and one is adorned with a sorcerer's hat. Two of the spectres ride beastly companions; one horse-like and and the other avian.

They don't speak or sing along to the song, but some of them deliver otherworldly cackles over Gayle's vocals, urging a belief in magic so as to have the universe at their command.

The purple, bearded puppet was later used for Great Uncle Fishknife on The Ghost of Faffner Hall. 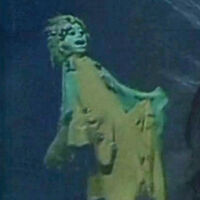 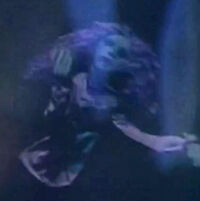 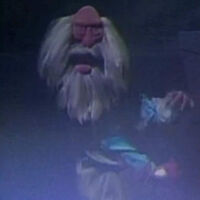 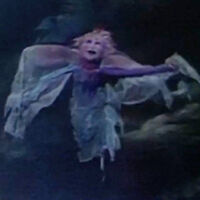 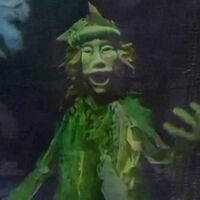 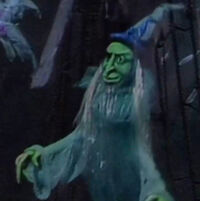 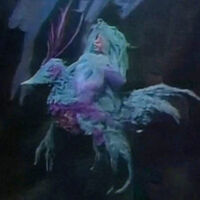 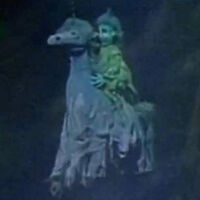