Dan Payne is a Canadian actor who has appeared in the two most recent Muppet TV-movies, as "Handsome Executive" in It's a Very Merry Muppet Christmas Movie and as the weatherman in The Muppets' Wizard of Oz. Payne also appeared in the 2002 Creature Shop production Snow Queen, as a full-body puppeteer for the polar bear, and as the transformed prince.

Payne starred as John MacLeod on the 2006 Canadian TV series Alice, I Think. His roles on American television include recurring roles on Stargate SG-1 (as a Kull Warrior) and Stargate: Atlantis (as Big Wraith), and appearances on Smallville, The L Word and Dead Like Me. Payne also played a small role in the 2006 film John Tucker Must Die, appeared as Dollar Bill in the 2009 film Watchmen and provided stunts in Night at the Museum: Battle of the Smithsonian, and Beast in the 2015 Disney Channel movie Descendants.

Payne is one of only six actors to appear on-camera in two feature-length Muppet movies; the others are David Arquette, Elliott Gould, Whoopi Goldberg, Ray Liotta, and Jeffrey Tambor. 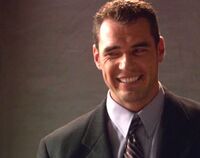 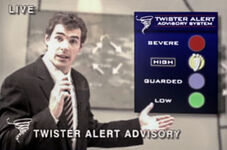 The Muppets' Wizard of OzWeatherman 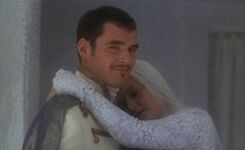 Snow QueenPolar Bear Prince
Add a photo to this gallery

Retrieved from "https://muppet.fandom.com/wiki/Dan_Payne?oldid=1070196"
Community content is available under CC-BY-SA unless otherwise noted.