Animator and Muppet fan Darin McGowan developed a series of Muppet television projects which he formally proposed to The Jim Henson Company in 2004. McGowan developed and shared his ideas for three new animated television shows starring the Muppets with the creative team at Henson. After his pitch, McGowan was told that the company would not be going in the direction of animation for the core Muppet characters. Shortly thereafter, the Muppets were sold to the Walt Disney Company. 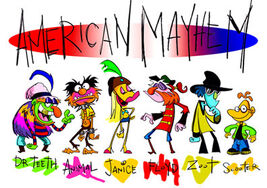 American MayhemThe ghost of Dave Brubek visits Dr. Teeth in a dream and tells him that rock & roll was been ruined by too many "boy bands and barbie dolls". So, the Mayhem Band takes to the roads of America, touring from town to town delivering the message of rock & roll - finding a new problem in each town they visit. 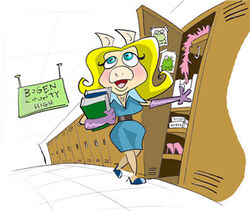 Waiting for KermitTaking place during the years before Kermit the Frog showed up, this show focuses on individual Muppets in the confusing time of their lives before a certain frog straightened it all out for them - taking them on the road to fame and fortune. 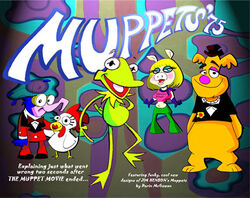 Muppets 75Picking up just seconds after the end of The Muppet Movie, it is discovered that Lew Lord was an escaped lunatic only posing as a movie exec. When he is captured and taken back to the asylum, the Muppets are left on the streets of Hollywood, penniless, broken and trying to get by in the 1970’s.
Add a photo to this gallery

Retrieved from "https://muppet.fandom.com/wiki/Darin_McGowan_pitches?oldid=1261303"
Community content is available under CC-BY-SA unless otherwise noted.