Das Geheimnis der Blumenfabrik (The Secret of the Flower Factory) is a 2x50-minute German TV movie starring Wolle and Pferd of Sesamstrasse, and featuring supporting characters from their spin-off, Eine Möhre für Zwei.

Knuspel, a squirrel, tells Wolle and Pferd that the Eichenpark ("Oak Park") where she lives is going to be torn down to make way for a plastic flower factory. The new friends work together to stop the park's destruction, with the accomplished help from toilet and ex-secret-agent Günni, recalling tips and tricks from the time he worked undercover in the United Kingdom.

The movie, actually part of the show's 3rd season, aired on March 28 and 29, 2013 (as a special Easter event), on children's TV network KIKA, in celebration of the 40th anniversary of Sesamstrasse. For subsequent airings, the film was divided into ten individual episodes (all but the final episode reading "to be continued..." as they conclude), to fit into regular Eine Möhre für Zwei airings. The film first aired as a 10-part series beginning October 2, 2013. 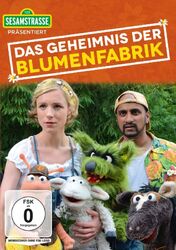 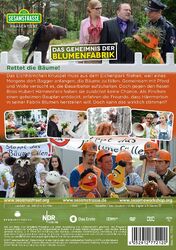 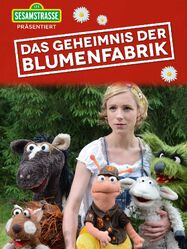