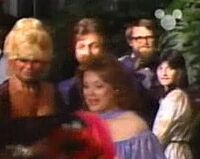 The Muppets Go Hollywood, in the background with Gonzo as Animal chases a woman off. 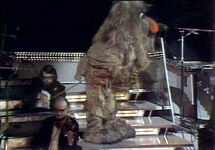 Royal Variety Performance for 1977, as a musician. 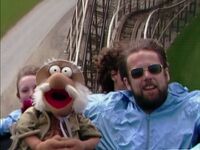 Fraggle Rock, "The Thirty-Minute Work Week", sitting next to Traveling Matt on the roller coaster. * 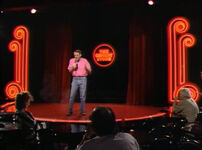 Miss Piggy's Hollywood as comedian at The Comedy Store, right before Fozzie goes on. 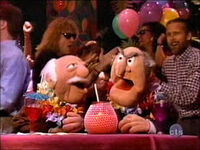 The Jim Henson Hour, Episode 108: Videotape, dancing with Steve Whitmire and a pineapple behind Statler and Waldorf in Buster Poindexter's musical number. 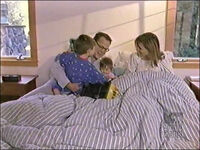 Goelz and his kids featured in an Animal Show episode, along with a Muppet version of himself. 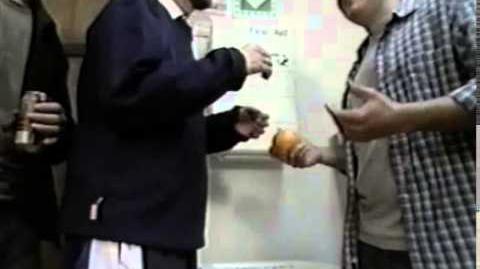 AFV 2005 cameos
America's Funniest Home Videos, he can be seen with Jim Lewis, Allan Trautman and Victor Yerrid during a mock home video skit with Pepe and Rizzo. 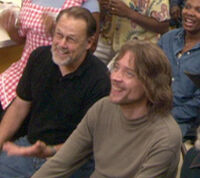 The Muppets' Wizard of Oz, with Aunt Em and Steve Whitmire in the diner watching The Muppets and Dorothy on TV.
Add a photo to this gallery 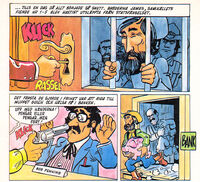 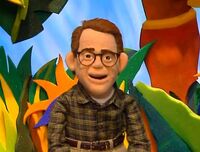 Retrieved from "https://muppet.fandom.com/wiki/Dave_Goelz_Cameos?oldid=1277351"
Community content is available under CC-BY-SA unless otherwise noted.