Dearth Nadir is Gonzo's parody of the Star Wars character Darth Vader. He hides his identity behind a mask, but that hook nose isn't easy to disguise.

Nadir first appeared on The Muppet Show in episode 402, where he invaded the Swinetrek and ordered his chicken stormtroopers to peck the crew to death. He appeared again later in the season, in episode 417, as part of a full-blown Star Wars parody.

His name has often been incorrectly spelled Dirth Nader. In the late '90s, Jerry Juhl wrote to Danny Horn of MuppetZine, correcting him on the spelling. The name is a play on words—"Dearth" means "lack of," and "Nadir" means "the lowest point."

Gonzo also appears as Darth Vader on the Summer 1983 cover of Muppet Magazine. The image would be reused for other materials later on.

A grown-up Gonzo appears in the 1985 Muppet Babies comic book The Big Space Adventure in a similar outfit, playing King Nonzo of Onzo, in pursuit of Baby Piggy in her Princess Leia costume. As he takes his helmet off, he realizes in shock that he resembles "ugly," little Baby Gonzo. In Tales of a Sixth-Grade Muppet, protagonist Danvers Blickensderfer imagines several scenarios for what it will be like to meet Gonzo, one of which features Gonzo as Darth Vader in his meditation chamber.

In 2008, Gonzo's Star Wars likeness was produced as a PVC figure. Other merchandise has followed including pins, t-shirts and posters. 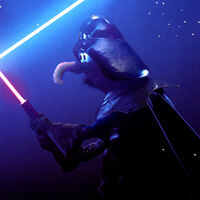 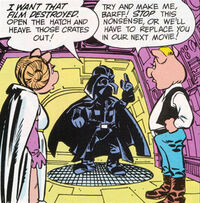 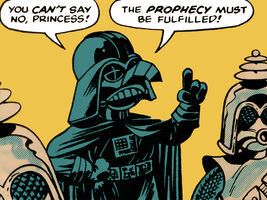 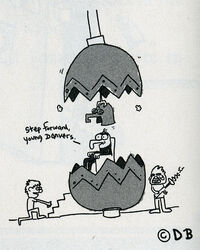 Tales of a Sixth-Grade Muppet 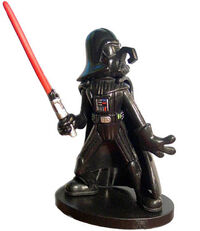 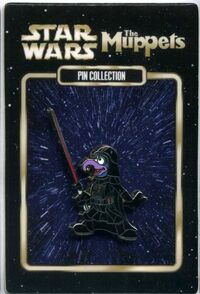 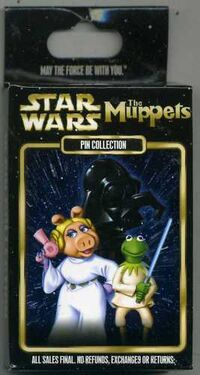 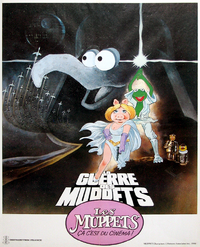 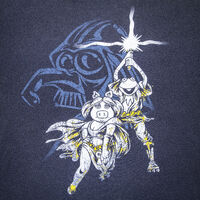 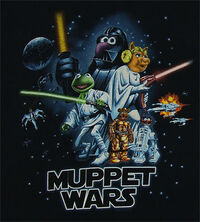 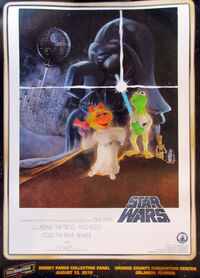 poster
Add a photo to this gallery 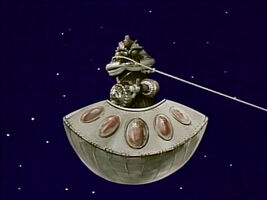 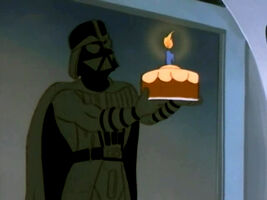 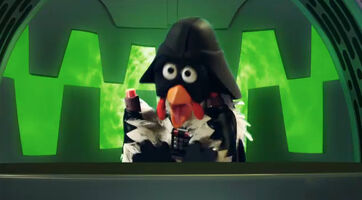 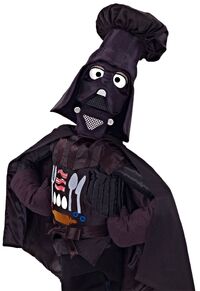 Darth Baker
Add a photo to this gallery
Retrieved from "https://muppet.fandom.com/wiki/Dearth_Nadir?oldid=1273610"
Community content is available under CC-BY-SA unless otherwise noted.