Delta Air Lines, Inc. is a major airline based in the United States, headquartered in Atlanta. Delta is the world's largest airline operating under a single certificate, operating flights on six continents across the globe.

Kermit the Frog appeared on the cover of the December, 2011 issue of Delta's in-flight magazine, Delta Sky Magazine.

Characters from Sesame Street appeared at several airports in May 2011 to help Delta kick off the summer travel season and promote the release of the DVD Elmo's Travel Songs and Games. The Muppets made gate announcements, greeted fans and took photos with the Delta customers.

Additionally, the DVD Elmo's Travel Songs and Games will be shown as part of Delta's in-flight entertainment on certain flights between June and August. 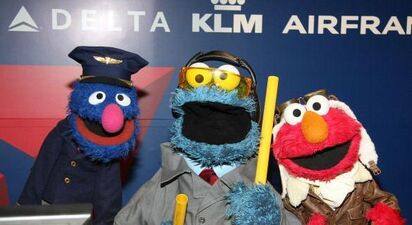 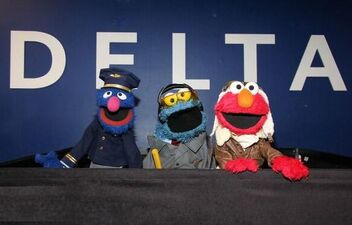 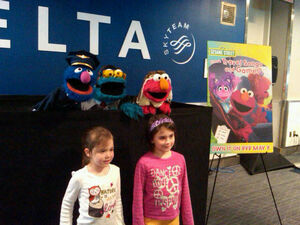 Elmo, Grover and Cookie Monster at LaGuardia Airport on May 3, 2011. 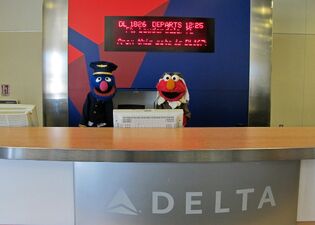 Elmo and Grover at Hartsfield-Jackson Atlanta International Airport on May 5, 2011
Add a photo to this gallery

Wikipedia has an article related to:
Delta Air Lines
Retrieved from "https://muppet.fandom.com/wiki/Delta_Air_Lines?oldid=1083064"
Community content is available under CC-BY-SA unless otherwise noted.