Denise is a pig who features in the 2015 ABC series The Muppets. She serves as Head of Marketing on Up Late with Miss Piggy, and happens to be dating the show's Executive Producer, Kermit the Frog.

In an interview with Extra, Kermit says they met because she's one of the people who had the idea for the Muppets to do a new show, and they hit it off. (VIDEO) Speaking with Entertainment Tonight, Kermit admits he's got a thing for pigs because he finds their curly tails attractive. (VIDEO)

Her first appearance occurred on September 1, 2015 in a promo with Kermit and Ken Jeong. The two are engaged in light conversation on the studio lot when Kermit's attention is shifted to Denise who rides by on a scooter. She holds her glasses and doesn't speak, but locks eyes with Kermit in the brief spot. (VIDEO)

Throughout the much-publicized break-up between Kermit and Miss Piggy, the topic of his new love interest has come up on occasion. In an Audi commercial, the former couple take a business lunch, and Piggy dismissively refers to Denise as Dennis more than once. She goes so far as to stage a Paparazzi stunt to make her jealous of Kermit and Piggy's continued attention in the press. 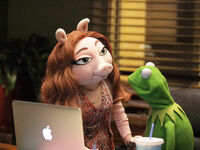 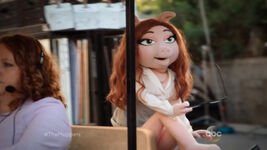 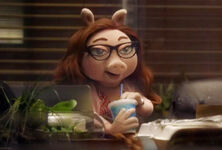 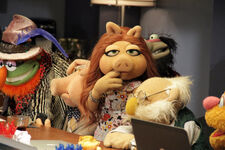 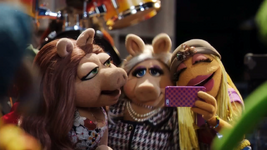 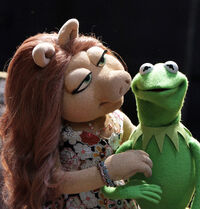 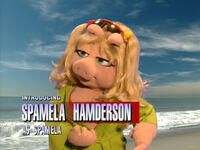