Wolle and Pferd want to help little Emma and her grandfather. Social worker Verena Winkel wants Emma to move away from her grandpa in order to lead a better life in an orphanage. The friends try to thwart these plans in an unusual way, with Wolle building a time machine to change the past. Accidentally, he takes Emma and Pferd on three adventurous trips into the past: Together they visit the Vikings, a poet of the early 19th century, as well as the Lapuna tribe of Native Americans.

This is the spin-off's third movie, following season 3's Das Geheimnis der Blumenfabrik and season 4's Der Schatz des Käpt'n Karotte, and it is actually part of the show's 5th season. It aired on April 14, 2017 (as a special Easter event), on children's TV network KIKA. For subsequent airings, the film was divided into five individual episodes (all but the final episode reading "to be continued..." as they conclude), to fit into regular Eine Möhre für Zwei airings. The film first aired as a 5-part series beginning November 5, 2017. 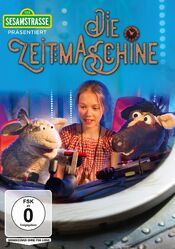 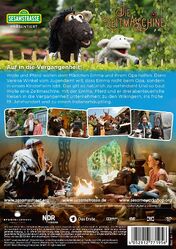 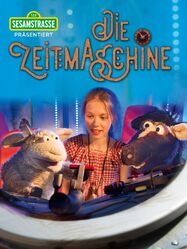 Amazon streaming release artwork
(2017)
Add a photo to this gallery

Retrieved from "https://muppet.fandom.com/wiki/Die_Zeitmaschine?oldid=1163432"
Community content is available under CC-BY-SA unless otherwise noted.