Diego Luna (b. 1979) is a Mexican actor who starred in the Spanish-language films Y tu mamá también (2001) and Rudo y Cursi (2008) and played Captain Cassian Andor in the 2016 film Rogue One: A Star Wars Story. Luna began his career as a child actor in telenovelas and later starred on the Netflix series Narcos: Mexico. He played supporting roles in American films including The Terminal, Elysium and Milk and starred with Romola Garai in Dirty Dancing: Havana Nights. He provided the Spanish language narration for the National Geographic Channel documentary Great Migrations and directed the 2014 film Cesar Chavez.

Luna appeared with Elmo in two segments for Sesame Amigos, one practicing how to show emotions and another playing an imitation game.

Luna co-starred in the film Casa de Mi Padre which had an animatronic mountain lion by Jim Henson's Creature Shop. He appeared on the The Jim Henson Company's television series No, You Shut Up! and was interviewed about his film Cesar Chavez by Hot Dog. (YouTube) 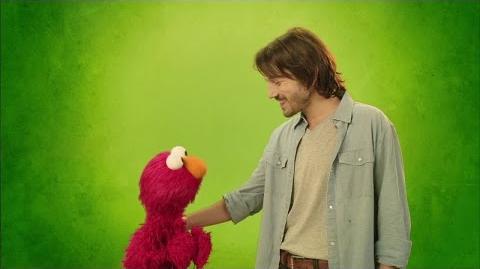 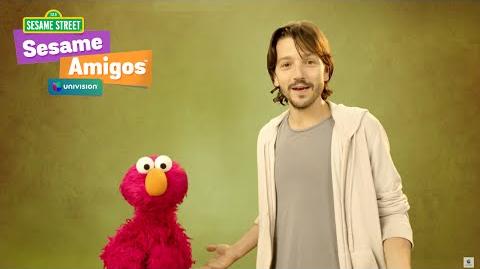 Retrieved from "https://muppet.fandom.com/wiki/Diego_Luna?oldid=1228840"
Community content is available under CC-BY-SA unless otherwise noted.