Digit was a semi-robotic person who appeared on The Jim Henson Hour. As MuppeTelevision's Technical Director, he helped Kermit run the station as smoothly as possible - although Digit was just as likely to be malfunctioning as anything else in the station. He was also the keyboard player for the show's resident band, Solid Foam.

Digit appears briefly in JHH's opening scenes, and in every episode that featured events at Muppet Central. Episodes revolving around Digit include episode 101, in which he discovers that he can pick up shows broadcast from other planets, and episode 105, in which he suffers a variety of malfunctions, for example, saying "yes" when he means "no" (and vice-versa).

Digit originally appeared, with a different voice, in the "Inner Tube" pilot. He joined other Jim Henson Hour characters in The Cosby Show episode "Cliff's Nightmare." His most recent appearance was a vocal cameo in the Muppets Party Cruise game as the host for the "Short Circuit" mini-game. 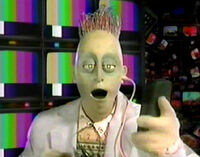 Digit as seen in the series 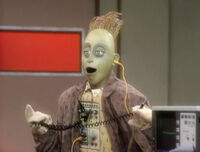 Digit in his alternate gray suit covered with numbers. 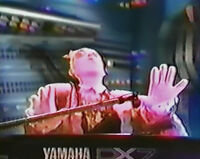 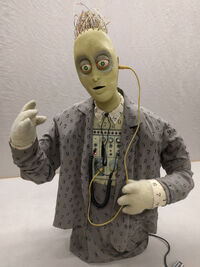 Restored by Russ Vick for Center for Puppetry Arts

As rendered in Muppets Party Cruise