Dinner: Impossible is a show on The Food Network.

The team is challenged with preparing foods that start with the letter B (who also appears, voiced by Carmen Osbahr, at the beginning of the episode) for 250 of the park's guests. Elmo and Cookie Monster try to help in the kitchen, but after Cookie tries to chop lettuce with a karate chop, the monsters are "banished" from the kitchen. Later they try to get Irvine to make some food in certain shapes. Irvine is trying to beat a deadline and asks why they're trying to make his job so difficult. When he threatens Cookie and Elmo with a cucumber, Cookie protects Elmo and says, "Me take a bullet for you, Elmo!" 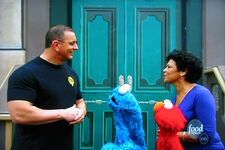 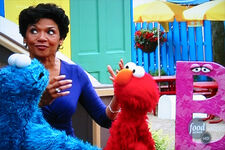 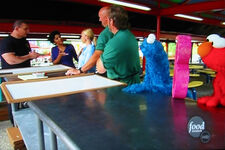 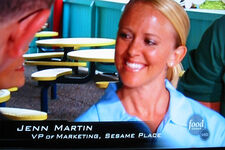 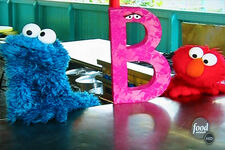 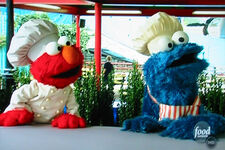 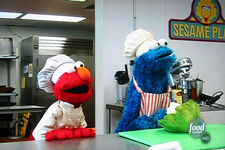 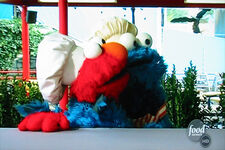 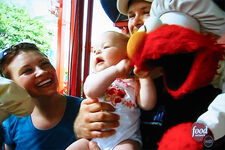 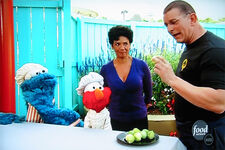 Wikipedia has an article related to:
Dinner: Impossible
Retrieved from "https://muppet.fandom.com/wiki/Dinner:_Impossible?oldid=1163997"
Community content is available under CC-BY-SA unless otherwise noted.