A director's chair is a folding chair with a back and seat made of canvas. They are typically associated with Hollywood movie sets, often coupled in imagery with old style megaphones and film clapper boards.

Kermit the Frog has often been depicted as sitting in a director's chair, beginning with his role in "The Magic Store" sequence from The Muppet Movie. Various merchandise and other references over the years have featured the director's chair as a prop associated with the Muppets. 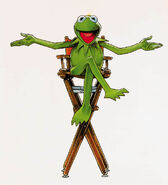 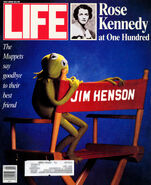 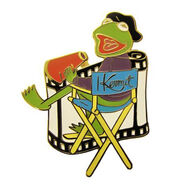 The Electric Mayhem in Muppets Most Wanted

680 News
Add a photo to this gallery
Wikipedia has an article related to:
Director's chair
Retrieved from "https://muppet.fandom.com/wiki/Director%27s_chair?oldid=1141877"
Community content is available under CC-BY-SA unless otherwise noted.