The shows focus on different aspects of classic Disney movies ("The Most Touching Love Songs," "The Funniest Animals," ...), typically ranking them by popularity. They feature commentary from original artists involved with production, as well as local and international celebrities. Among them are Kermit the Frog and Statler and Waldorf (dubbed in German).

For the show focusing on "The Funniest Animals," airing on December 1, 2015, viewers ranked Animal at #11. Interviewees directly involved with the Muppet franchise include Brian Henson, Michael K. Frith, Amy Van Gilder, Christian Gaul and Tommy Amper. Kermit anticipated to have made the cut throughout, only to find out in the end that he didn't. 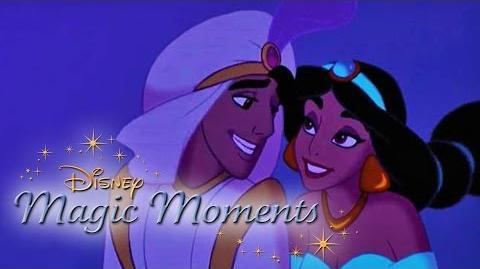 Among the local celebrities interviewed for the shows are Til Schweiger, Jasmin Wagner and Martin Reinl.

Retrieved from "https://muppet.fandom.com/wiki/Disney_Magic_Moments?oldid=1303623"
Community content is available under CC-BY-SA unless otherwise noted.