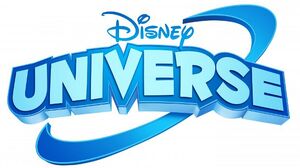 Disney Universe is an action-adventure video game from Disney for the Wii, Xbox 360, and Playstation 3, released in 2011. Players can "suit-up" in costumes and worlds inspired by various Disney and Pixar characters and films, including, Mickey Mouse, Donald Duck, The Little Mermaid, The Lion King, Pirates of the Caribbean, WALL•E, and Tim Burton's Alice in Wonderland. Various downloadable add-ons are available for purchase for the Xbox 360 and Playstation 3 versions of the game.

Starting in March 2012, costumes inspired by Kermit the Frog, Miss Piggy, Fozzie Bear, Gonzo, and Animal were made available as a downloadable add-on. Each costume comes with its own upgradable tool. 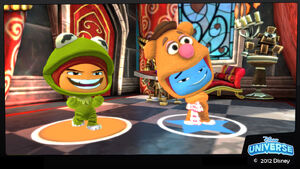 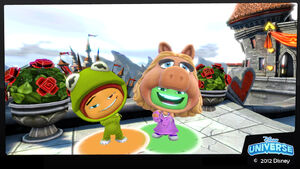 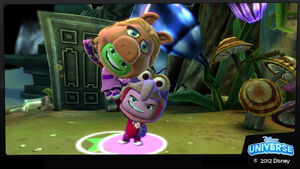 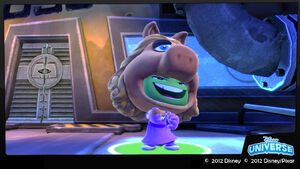 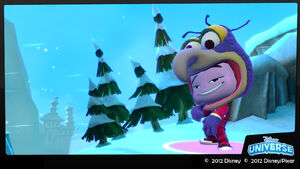 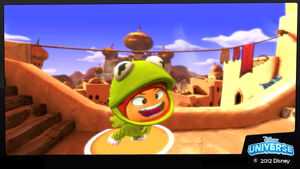 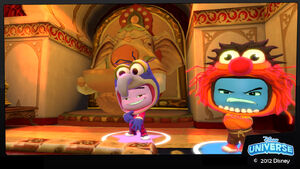 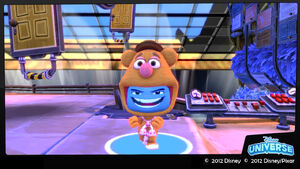 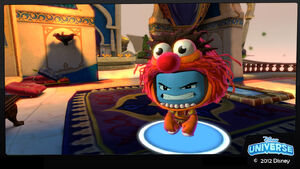 Wikipedia has an article related to:
Disney Universe
Retrieved from "https://muppet.fandom.com/wiki/Disney_Universe?oldid=1083260"
Community content is available under CC-BY-SA unless otherwise noted.