The Disneyland Resort is a theme park resort in Anaheim, California, run by the Walt Disney Company. The first park, Disneyland opened on July 17, 1955. The second theme park in the resort, Disney California Adventure, opened on February 8, 2001. The resort also includes three hotels and a shopping, dining, and entertainment district called Downtown Disney. 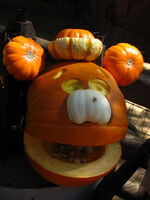 Downtown Disney is the district in the Disneyland Resort that is host to a number of shopping, dining, and entertainment venues. 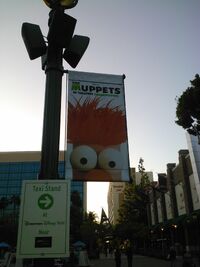 Lamppost banner for The Muppets in the Downtown Disney district, November 2011. 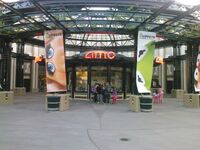 The Muppets banners outside of the AMC theatre in Downtown Disney, November 2011

Wikipedia has an article related to:
Disneyland
Community content is available under CC-BY-SA unless otherwise noted.
Advertisement