Disneyland's 35th Anniversary Celebration aired as an episode of The Magical World of Disney on NBC on February 4, 1990. The celebrity-laden special, directed by John Landis and hosted in part by Tony Danza, focused on the changes to Disneyland over the years, as stars recalled their favorite attractions.

Miss Piggy and Gonzo are prominently featured, in a story-sketch titled "Pigerella," written by Bill Prady. Piggy, recalling her first visit to Disneyland, longs to replace Cinderella (played by Debbie Carman) in the big parade. After much conniving, Piggy succeeds, after "fairy god-thing" Gonzo gets himself and the real Cinderella lost (though Gonzo seems to develop a fondness for Cinderella).

Kevin Carlson puppeteered Gonzo for the majority of the appearance with Dave Goelz dubbing the voice over.[1] 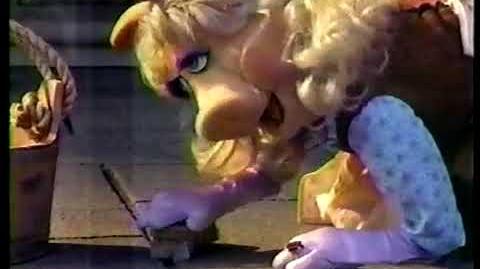 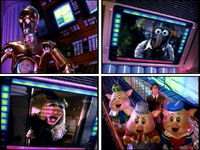 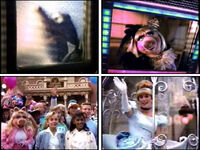 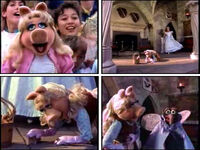 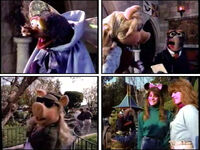 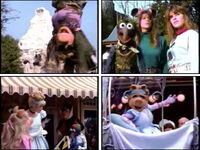 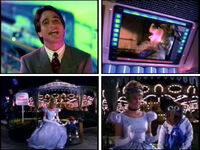 Retrieved from "https://muppet.fandom.com/wiki/Disneyland%27s_35th_Anniversary_Celebration?oldid=1226972"
Community content is available under CC-BY-SA unless otherwise noted.