In 1998, the Jim Henson Company co-produced the London West End musical production of Doctor Dolittle, based on the 1967 movie. The majority of the Henson Company's involvement was in the creation of the nearly one hundred animatronic animals created for the show, including a five-foot tall snail, a seal, dog, monkey, horse, pig, and the most famous of the show, the Pushmi-pullyu. The show starred Phillip Schofield as the Doctor who could "Talk to the Animals."

Nigel Plaskitt served as animal movement director for the show. Polynesia was puppeteered by Wim Booth (and Sarah Burgess in a later tour) and voiced by Julie Andrews. The show was directed by Steven Pimlott, with Choreography by Aletta Collins. 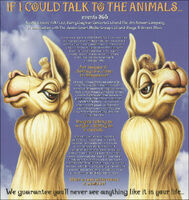 Inside the UK flyer 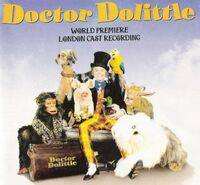 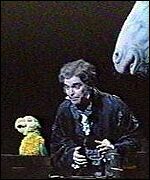 A goat created for the production 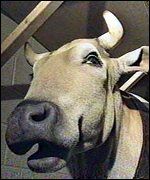 A cow created for the production 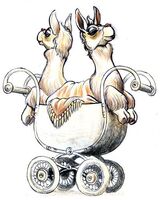 Retrieved from "https://muppet.fandom.com/wiki/Doctor_Dolittle_(stage)?oldid=1202249"
Community content is available under CC-BY-SA unless otherwise noted.