Dragon Con is a multi-genre convention, founded in 1987, taking place in Atlanta, Georgia.

The Puppetry Track was created in 2012 and included various presentations directly related to the Muppets.

Many of the presenters also participated in non-Muppet presentations, including a Lolly Lardpop show with Leslie Carrara-Rudolph, Heather Henson presenting "Handmade Puppet Dreams" volume 5, a world puppetry film showcase, and the Late Night Puppet Slam which drew a record audience of 900.

Other sessions included Gina L. Leigh, who puppeteered in X•tink•shun. 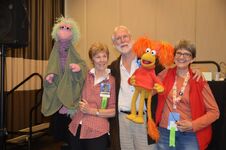 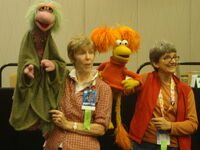 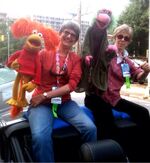 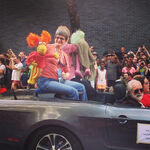 Wikipedia has an article related to:
Dragon Con
Retrieved from "https://muppet.fandom.com/wiki/Dragon_Con?oldid=1237882"
Community content is available under CC-BY-SA unless otherwise noted.