Earth to Ned is a series produced by The Jim Henson Company and Marwar Junction Productions released on Disney+. The series premiered on the streaming service on September 4, 2020.

The series is a half-hour talk show hosted by two aliens — Ned and his lieutenant Cornelius — who were sent to Earth to plan an invasion but instead become obsessed with popular culture. The pair of aliens interview real-life celebrities.[1]

The characters were built by Jim Henson's Creature Shop. 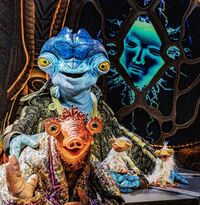 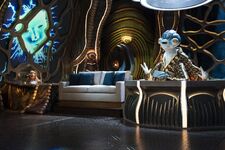 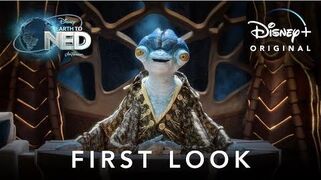 Retrieved from "https://muppet.fandom.com/wiki/Earth_to_Ned?oldid=1317421"
Community content is available under CC-BY-SA unless otherwise noted.