Elephants are large land mammals. Found in Africa and Asia, as well as Circuses and Zoos, the Muppets have featured Pachyderms in many productions. 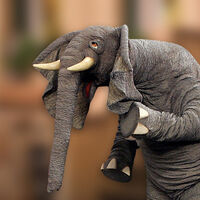 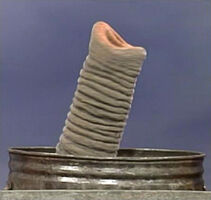 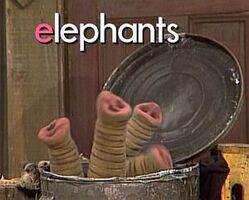 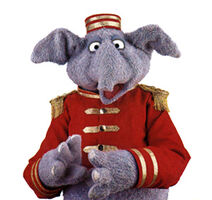 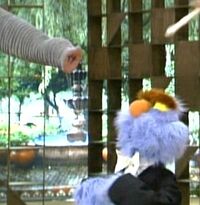 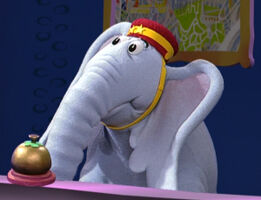 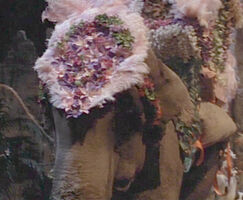 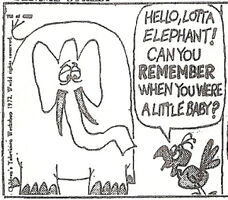 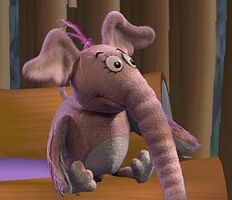 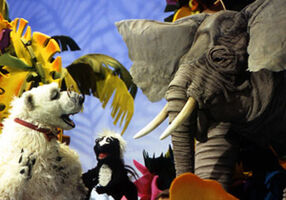 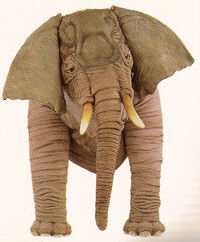 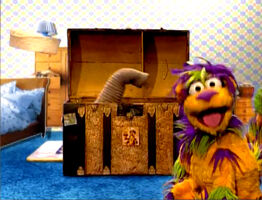 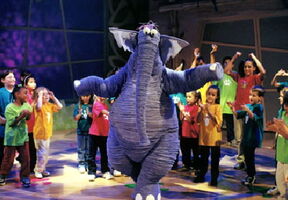 BozarkAnimal Jam
Add a photo to this gallery 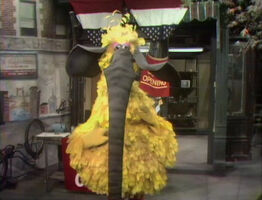 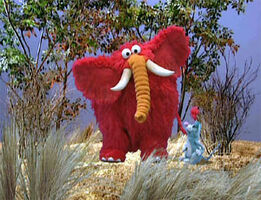 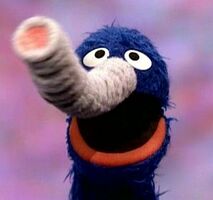 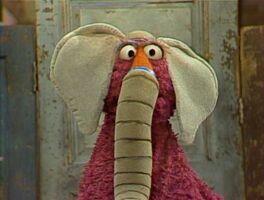 Telly MonsterSesame Street Episode 1698
Add a photo to this gallery

“I don't tour much, but anytime I'm on the road, I love to tickle the ivories. So if you go somewhere and hear a piano playing or an elephant laughing, that's probably me. By the way, that "tickle the ivories/elephant laughing" part was a joke; hope you don't mind I use this interview to try out new material.”
—Rowlf, to Yamaha All Access magazine, 2011

Retrieved from "https://muppet.fandom.com/wiki/Elephants?oldid=1350531"
Community content is available under CC-BY-SA unless otherwise noted.