Elmo's Deep Sea Adventure is a Sesame Street CD-ROM game for home computers. It was originally released by Mattel Interactive in 2000 and re-released by Sesame Workshop in 2005 and again in 2006 by Encore Software. Elmo invites users to join him on his deep sea submarine to explore shipwrecks, sunken cities and lost treasure. Oscar, Grover, Zoe, Rosita and Telly also appear. Skills such as critical thinking, problem solving, and decision making are taught in 3 play modes, 5 activities, and 2 levels. 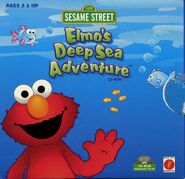 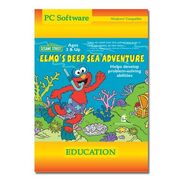 2005 reissue
Add a photo to this gallery

Retrieved from "https://muppet.fandom.com/wiki/Elmo%27s_Deep_Sea_Adventure?oldid=1083925"
Community content is available under CC-BY-SA unless otherwise noted.