"Elmo's Ducks" is a Sesame Street song. Elmo strums the tune on his guitar backed by his four ducks. During each verse, one duck is subtracted until there are none. Elmo feels sad about having no ducks, until he hears a "quack" and he finds his ducks have returned!

The song was nominated for a 2009 Daytime Emmy Award in the category of "Outstanding Original Song - Childrens and Animation". 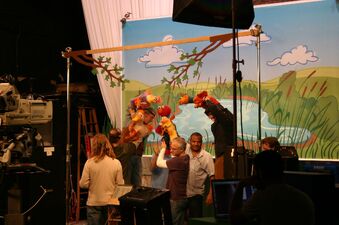 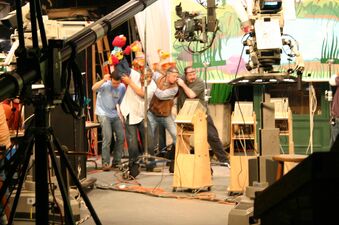 Add a photo to this gallery
Retrieved from "https://muppet.fandom.com/wiki/Elmo%27s_Ducks?oldid=1243936"
Community content is available under CC-BY-SA unless otherwise noted.